It is interesting to note that, at 94, she is only a few years younger than Philippine cinema itself,” observed filmmaker Adolfo Alix Jr. of Anita Linda, who is currently the oldest living actress working in show biz.

Alix was among those present at the “Sandaan: Dunong ng Isang Ina” event organized by the Film Development Council of the Philippines (FDCP) on June 16 to honor the veteran actress’ contributions to the local movie industry.

Held at the Cinematheque Center in Manila, the event was part of the commemoration of “Sandaan: One Hundred Years of Philippine Cinema.” It was attended by Linda’s family, friends and people she has worked with.

“Tita Alice (Lake in real life) was born during the first years of Philippine cinema. She is a living storyteller of how our cinema has evolved. She has worked with almost all the notable directors and actors of each era,” Alix pointed out. “It’s good that she was given a tribute now that she is still able to personally accept her trophy and appreciate it.”

Alix added: “At her age, it is important to her that she’s being recognized for what she has done for the industry. I hope there will be more events to pay tribute to veteran artists.” The filmmaker was referring to veteran actress Mona Lisa, who is now 97, but has already retired from making movies.

For Alix, the highlights were the screening of a video featuring Linda’s most notable films, as well as the presentation of her photos, movie posters and trophies for “The Life of Anita Linda: An Exhibit,” which showcased the various stages of her life as an actress. 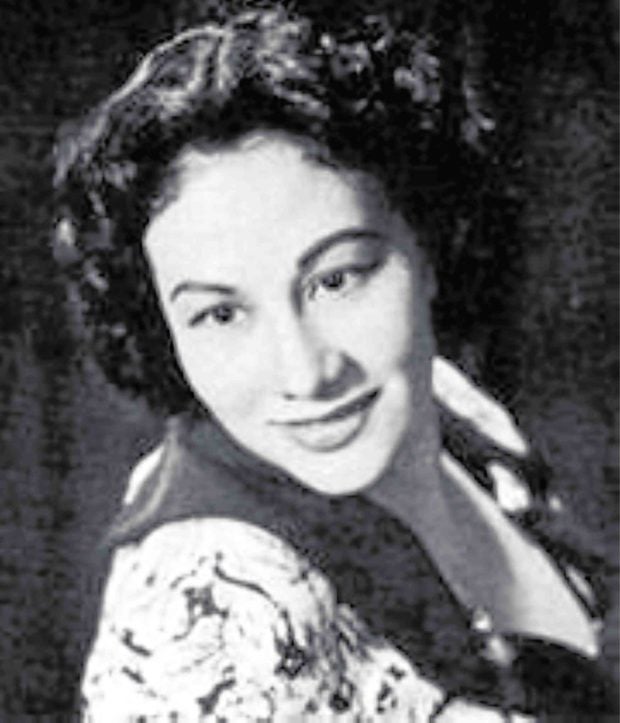 “Tita Alice teared up when Liza (Diño, FDCP chair) brought out her Maria Clara best actress trophy for Gerardo de Leon’s 1951 film, ‘Sisa.’ It must have brought a lot of memories for her. It had been at the Mowelfund office for the longest time,” said Alix. “Tita Alice had prepared a speech, but she got so emotional that she simply said ‘thank you,’ instead.”

To represent Linda was her nephew Ruel Pambid Jr., who said: “We’re very proud of her accomplishments because none of her 12 brothers and sisters, nephews, nieces and grandchildren followed in her footsteps. We would, of course, relish the fact that this family has produced one such stellar personage in Philippine cinema. I cannot be more proud that I’m related to Anita Linda.”

Alix said Linda sat on a wheelchair the whole time. “She has no problem with her knees and legs. What she has is a bad case of vertigo. It attacks every time she stands up, so  the family has decided to just keep her seated,” the director explained.

Alix has just shot his latest movie, “Circa,” also with Linda. The project, which won the White Light Post-Production Award at the Hong Kong-Asia Film Financing Forum (HAF) last March, is currently in the postproduction stage.

“Since ‘Circa’ doesn’t really have a formal script, we would explain to Tita Alice on the set what happens each time we shot a scene. What’s surprising was that she gets them each time. It was her other costars who would sometimes forget their lines,” the director recalled.

Alix said Linda may be physically weak, “but her talent and professionalism are still there. She gets up at 3 a.m. to prepare her things,” he said. “We would fetch her at her house, bring her to the set, and make sure she’s done by 5 p.m. We worked with her on the film for eight days.”