Dimples Romana, who plays the role of Daniela Mondragon Bartolome in the TV series “Kadenang Ginto”, answered queries from those wondering about how she feels playing her character.

Using the hashtag “AskDaniGirl,” Romana read and responded to questions from her fans and followers via Instagram Stories yesterday, July 1. The actress talked about Daniela’s development in “Kadenang Ginto”, and the fan-made memes of her character from the trailer of the show’s third season.

Romana, when asked whether Daniela will reform in the show’s finale or not, replied that it will take time for her character to change because of her complex nature.

“That is a long time from now, but with all the complexities and layers of Daniela, it will be interesting to see where the rollercoaster of the ride will take all of us, so I’m just enjoying every moment of it and I hope you are too,” she said. 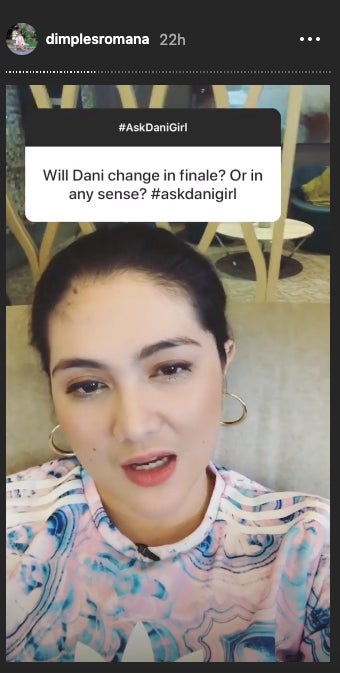 The actress said it is good to see people hating and feeling sorry for her character at the same time.

“Well, there’s no one person who only has one dimension in their character so it’s great that a lot of people are super hating on Daniela, but it’s also is a very very nice thing to see na maraming naaawa sa kanya (that a lot of viewers pity her),” Romana stated. 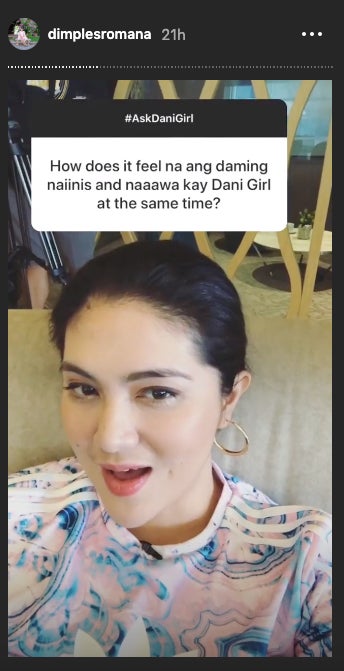 Romana also spoke about enjoying the memes that the fans made for her character. She advised fans to use the hashtag “#OhDani” for her to spot these easily online. 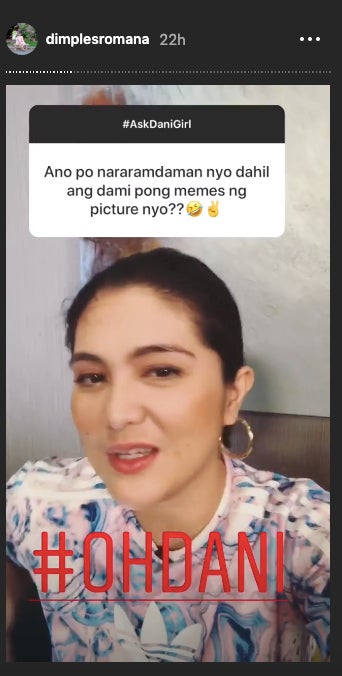 “Super, super flattered and so happy and you cannot imagine, ‘di na ako tumigil katatawa buong umaga sa dami ng mga memes (I could not stop laughing this morning because there are so many memes),” she said.

To express her gratitude to her fans, the actress shared a fan-made meme of Daniela, using the poster of the upcoming film “Hello, Love, Goodbye” starring Kathryn Bernardo and Alden Richards, as seen in her Instagram account today, July 2.

“Kadenang Ginto” airs from Mondays to Fridays in ABS-CBN after “It’s Showtime”. JB