Better believe it—you don’t want to get on Octavia Spencer’s bad side.

The twisted thriller to see this week tells a familiar tale that gets a refreshing spin from the creepy performance of Octavia, its lead actress.

In the psychological drama “Ma,” the seasoned performer mines her oft-concealed dark side to bring to sinister life the lingering effects of bullying.

For her role in director Tate Taylor’s white-knuckle thriller, the Oscar-winning Octavia (“The Help”) utilizes her affable personality to make Sue Ann “Ma” Ellington immediately likable and relatable to viewers.

But just as you begin to treat her like your friendly neighborhood “manang,” she gets under her character’s thick veneer and digs deep to expose the bitter, vengeful woman she has become.

These entitled 17-year-olds are raring to find a place where their youthful mischief and excessive energy won’t get them in trouble—and Ma has just the perfect place for them, far away from the prying eyes of Maggie’s doting mom, Erica (Juliette Lewis), and the pesky supervision of Andy’s party-pooping dad, Ben (Luke Evans).

Unknown to Maggie and her friends, the fun-loving Ma has a shared history with their parents. But as with many kids who don’t know how to quit while they’re ahead, these teens refuse to heed the red flags popping all over the place—like when Ma points a gun at Chaz and orders him to strip naked, or when she warns them against going up her room.

It’s a cautionary story we’ve seen many times before. But to avoid spoiling the blood-splashing, skin-crawling and head-scratching combo of adolescent fun and score-evening mayhem, suffice it to say that the 47-year-old Octavia manages to transcend the film’s contrivances and limitations.

Instead of new insights into violence, bullying and coming-of-age heartbreak, you’ll see nothing but imperious teens and arrogant adults getting their just deserts. And that isn’t such a bad thing when you have Octavia’s performance putting some sense and cogently stringing these plot threads, twists and tricks together. 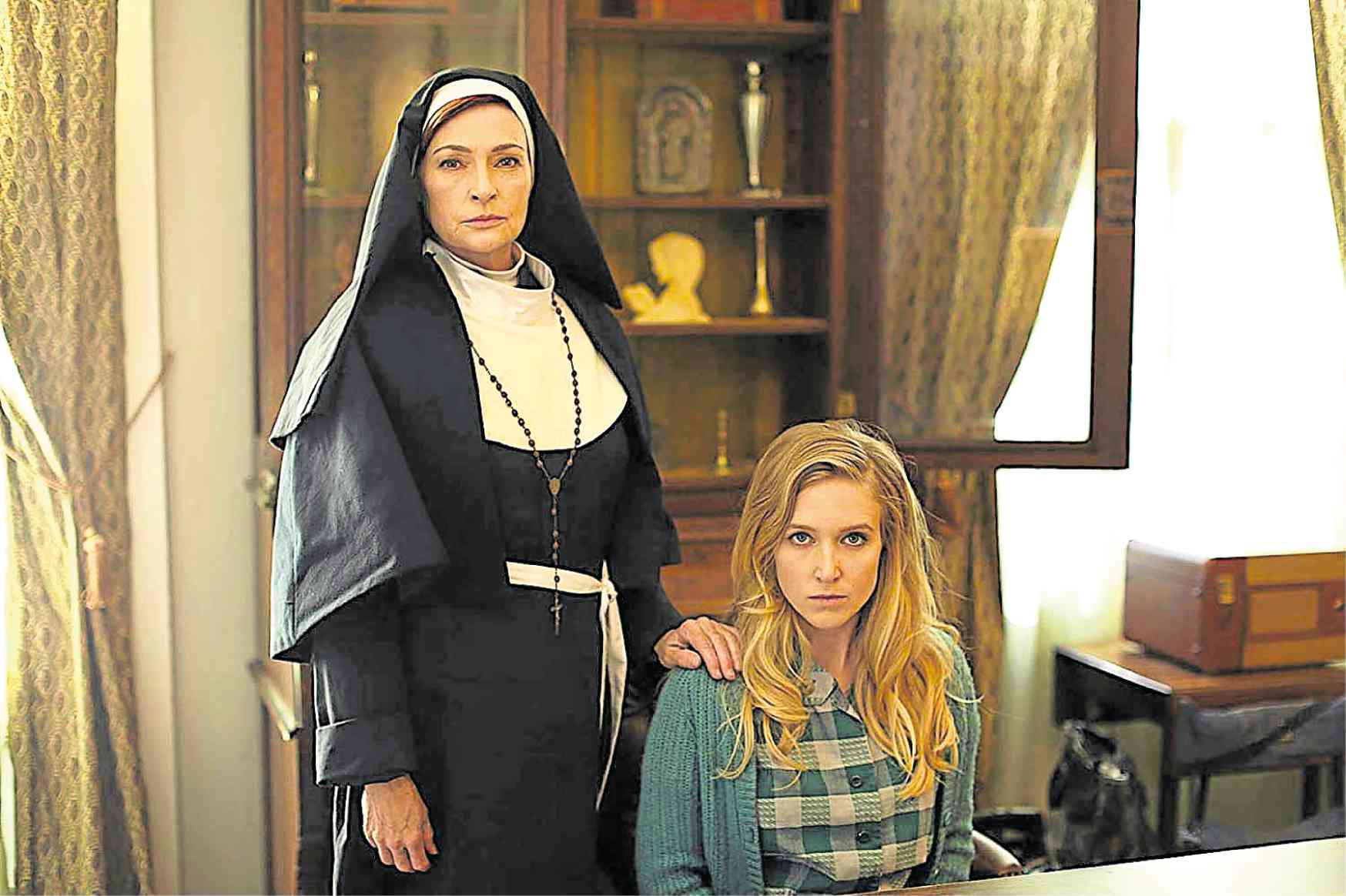 ‘St. Agatha’ and its cruel nuns

This week’s other chiller is Darren Lynn Bousman’s 1957-set “St. Agatha.” It’s a film driven by a compelling premise that sadly fails to deliver on its bone-chilling promise.

It tells the story of guilt-stricken and pregnant young woman, Mary Lou (Sabrina Kern), who initially seeks refuge but soon finds herself trapped in a convent in the woods that is being managed by stoic-faced nuns.

The tottering halfway house, run by a cruel Mother Superior (Carolyn Hennesy), is home to a lot of women who face a grim future after they get knocked up unexpectedly by men who “don’t love them enough.”

The religious order wants the mothers-to-be to atone for their “immoral, corrupt and vile” actions. But there’s more to the nasty glint in the Mother Superior’s stare and sneer than meets the eye.

“St. Agatha” has its share of spine-tingling charms, but it unnecessarily milks its grit and gore for what they’re worth and, as a result, ends up staging its scenes twice as long as they should be.

More than that, you know just how low these girls’ self-esteem is when they see a pregnant “postulant” being made to ingest her own vomit—and they don’t do anything about it! 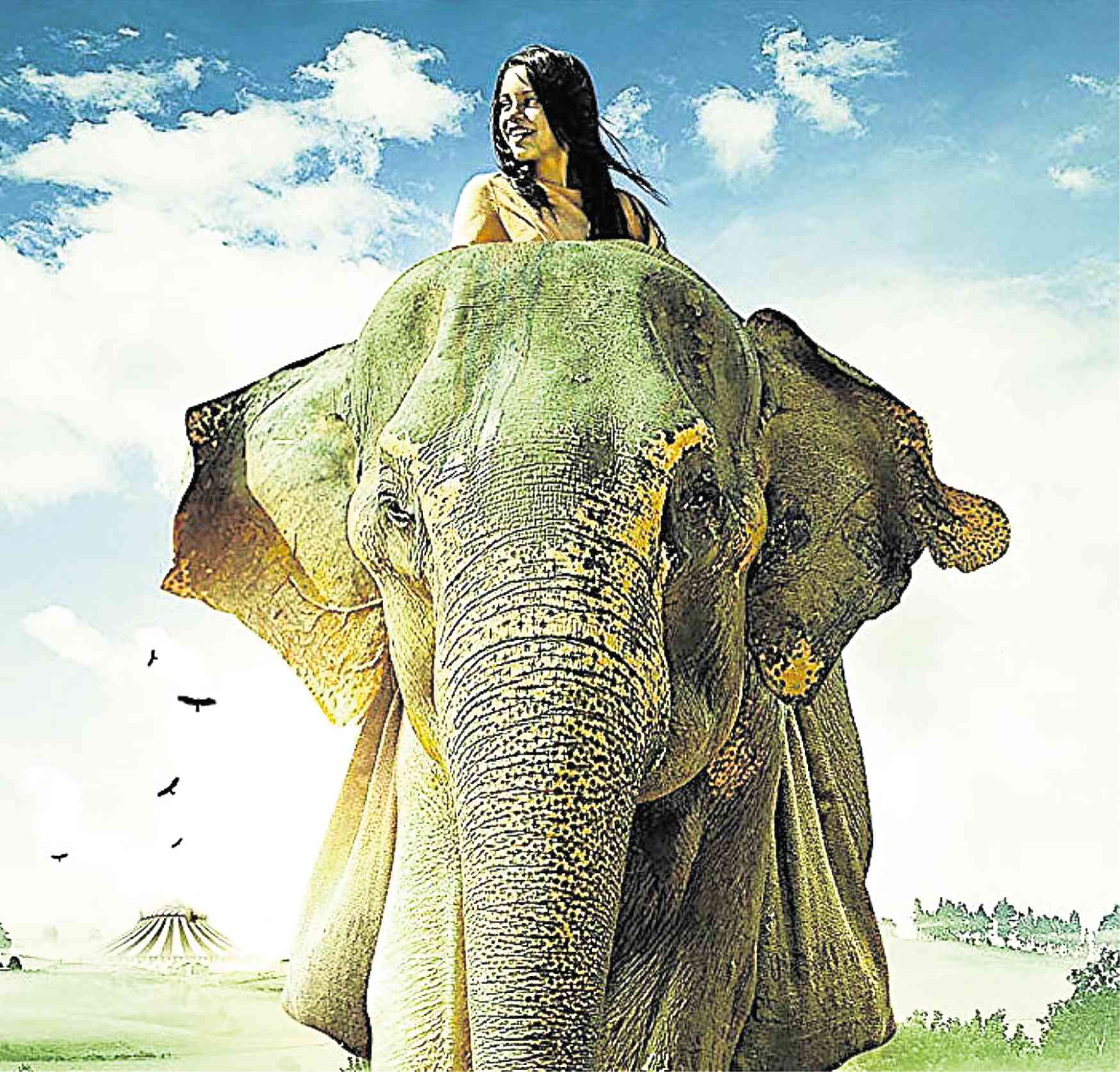 Jenna Ortega and her pachyderm pal in “Saving Flora”

Different kind of ‘damsel’ in distress

Like “St. Agatha,” Mark Drury Taylor’s “Saving Flora” is weighed down by pacing issues. It’s “Disney-fied” tale about a 14-year-old girl, Dawn (Jenna Ortega), who sneaks aging elephant Flora out of the circus the night she’s scheduled to be euthanized.

Flora has become too old to perform her tricks, and is now considered a burden to the cash-strapped group.

Dawn’s “mission” is to take Flora to an elephant preserve, where the elephant can live freely with other pachyderms. But that would require the duo, with “well-meaning” Sebastian (Martin Martinez) in tow, to go on a 320-mile journey.

But they’ll have to go through a bear-and-rattlesnake-infested jungle and cross a raging river. Worse, they’re being pursued by bungling hunters!

As mentioned earlier, it’s a cute story with an even cuter “pachy-damsel” in distress. If the director only knew what to do with his film between the gripping start and its poignant finale, we would have been entertained twice as much.