Rachel Alejandro, who is currently in the US for a back-to-back concert tour with Geneva Cruz, says that she’s been over the moon for the past month reading every rave review and social media post of the thousands of Pinoys who have flocked to see the historical drama, “Quezon’s Game” (QG).

The film has just ended its unbelievable fourth week in cinemas. “To be honest, I was nervous that our film would be pulled out of the theaters after only a few days,” Rachel admitted. “I told my friends to make sure they caught it in the first few days of its release because I really thought that the subject matter—how former President Quezon led the Filipino people in the fight to save thousands of Jews from annihilation during the Holocaust—would not appeal to moviegoers.

“I guess I was tempering my expectations. Who knew a film with no big or bankable movie stars, made with a relatively small budget, about an event that happened 81 years ago, would go on to become a historical blockbuster?”

Netizens who were touched by the film and moved to tears posted photos of their movie tickets, with captions about how the experience made them feel proud to be Filipino.

“I’m just happy that, with the film’s triumph and now the success of ‘Clarita,’ reportedly a quality horror film, there seems to be renewed faith in making excellent Filipino movies. I hope this trend continues and that movie producers are encouraged to take risks for the sake of making something truly beautiful,” Rachel concludes.

Star Cinema will soon be announcing a nationwide school tour and international screenings for “Quezon’s Game.” But for those in Metro Manila, your last chance to catch it may be in the micro cinemas.

LJ Moreno is not too active in show biz anymore. She’s a hands-on mom to her three kids with PBA (Philippine Basketball Association) legend, Jimmy Alapag. LJ is more than proud that her hubby has been tapped by NBA’s Sacramento Kings to be its assistant coach for the summer league in Vegas.

Just like Jimmy, she deserves an MVP award … as in, Most Valuable Partner. 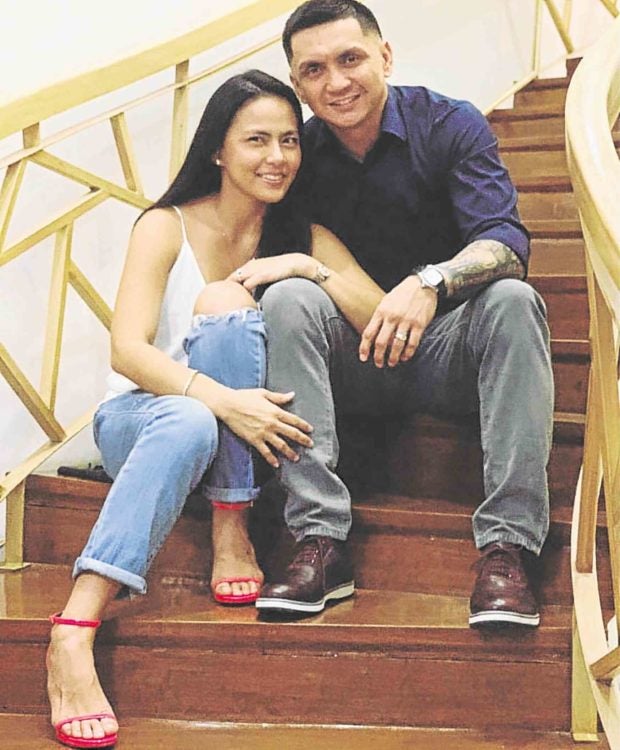 Here’s my chat with LJ:

Will you and Jimmy allow your kids to join show biz or the PBA someday? If they want to do so, sure. Ian’s into taekwondo, but if he eventually wants to play basketball, we will definitely support him.

Keona, our 4-year-old, looks like she might want to be in show biz because she loves dancing and singing. She always asks me to take her photos or videos. Calen is only 1, but he already shows interest in shooting the ball on his baby ring, so we’ll see.