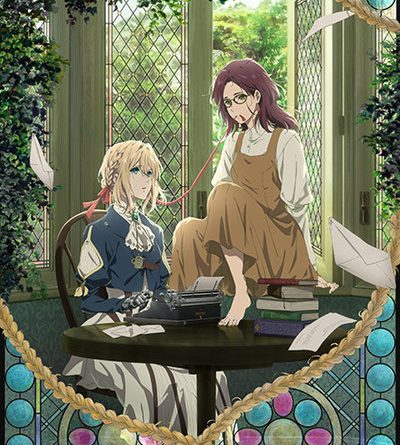 Anime Festival Asia revealed last Friday that its Sakura Matsuri: Anime Garden 2020 event will host Bless4, DJ Zu from i☆Ris, kz from Livetune, and motsu x DJ Kaya. The event will also host screenings of the BanG Dream! FILM LIVE and Violet Evergarden I: Eternity and the Auto Memory Doll anime. The event will take place on March 28 and 29 at The Meadow, Gardens by the Bay in Singapore.

The Bless4 band is comprised of siblings AKINO, Akashi, Aiki, and Kanasa. They debuted with the single "Good Morning! Mr.Sunshine." The group have released four singles, and one single where AKINO was credited alongside the group as "AKINO with Bless4" with the "Kimi no Shinwa~Aquarion Dai ni Shō" single in 2012. The group have also released two albums.

Bless4 has performed the theme songs for the Izetta: The Last Witch anime, as well as an ending song for The Ancient Magus' Bride anime. AIKI performed the ending theme song for the Stars Align anime.

motsu and DJ Kaya commonly collaborate for anime events, and have made multiple appearances at Anime Festival Asia. The pair have held concerts in Sweden, Singapore, Brazil, and Peru. motsu wrote the lyrics for the "¡WAKE YOUR LOVE!" and "BURNING DANCE" songs for the Asobotto Senki Goku anime, and performed the "I'll believe" and "One" ending theme songs for the Shakugan no Shana III (Final) anime as part of the band ALTIMA.

The BanG Dream! FILM LIVE anime film opened in Japan last September. The film had sold about 152,000 tickets to earn more than 300 million yen (about US$2.75 million) as of October 27. Sanzigen returned to animate the film, and Bushiroad is distributing the film.

Violet Evergarden I: Eternity and the Auto Memory Doll (Violet Evergarden Gaiden: Eien to Jidō Shuki Ningyō), a side story to the Violet Evergarden anime, was originally slated to screen in Japan for two weeks only last September. However, the film screened for at least five weeks. The film eventually earned a cumulative total of 641,980,500 yen (about US$5.98 million).